The Ad Navseam podcast, where Classical gourmands can finally get their fill. Join hosts Dr. David Noe and Dr. Jeff Winkle for a lively discussion of Greco-Roman civilization stretching from the Minoans and Mycenaeans, through the Renaissance, and right down to the present.

Get this podcast on your phone! 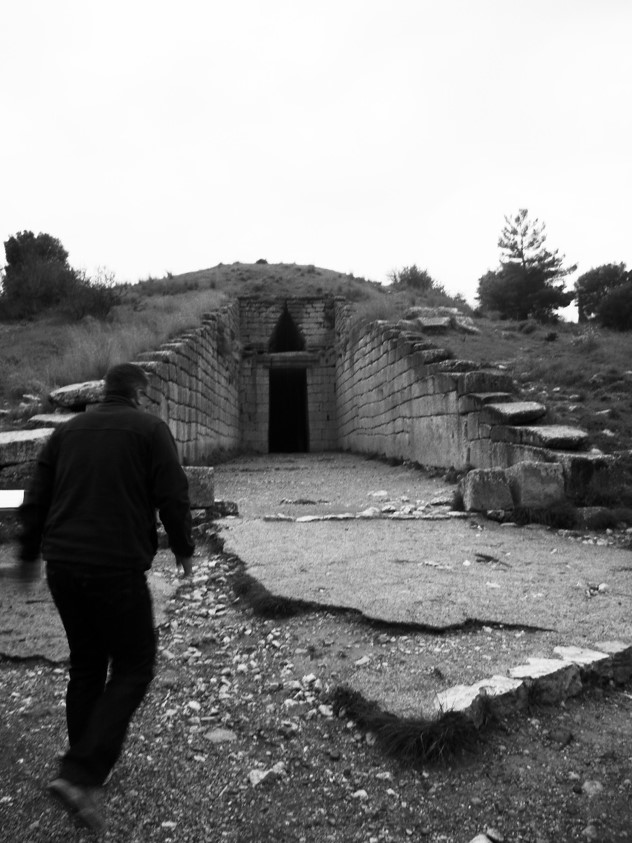 Jeff Winkle--seen here lurching sasquatch-like toward the Treasury of Atreus--is a lover and obsessive of all things having to do with the ancient world at least since childhood viewings of Clash of the Titans and Raiders of the Lost Ark. He received his PhD in Classics from Northwestern University with a focus on the ancient novel (Apuleius) and the cults and religions of the Roman Empire. Most days he'd rather be in Athens or Rome but is perfectly content in Grand Rapids, Michigan where he is professor of Humanities at Grand Rapids Community College. At home he resides with his lovely wife Becky and their three (active) boys. He also enjoys horror movies, urban legends, visiting death sites, cartooning, and songwriting. If you're curious, you can hear his music here:  Jeff's SoundCloud Site

Play this podcast on Podbean App